Why Hawaii Has the Cheapest Home Insurance? 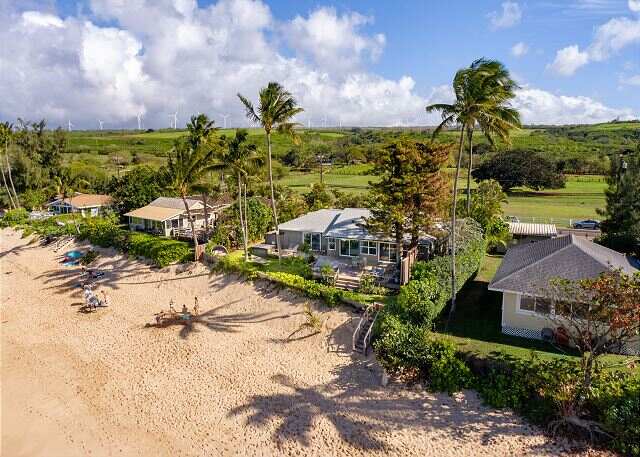 For many people, a home in Hawaii is the dream. The lure of a laid-back, relaxing lifestyle, stunning natural beauty everywhere you look, and everything from snorkeling and scuba diving to surfing and boating are right there to be enjoyed, day or night.

Not surprisingly, buying a house in Hawaii is still out of reach for most — a typical single-family home will cost you a little over a million, and a condo will go for about half that — but contrary to what you might think, Hawaii has some of the cheapest home insurance around. How good is it? Let’s take a look at Hawaii home insurance rates and see why they’re so low.

Depending on which company you choose, your rates could go even lower still — if you go with Allstate, for example, your home insurance premium could be as low as $272 a year! Even more surprisingly, Honolulu has some of the cheapest home insurance in the state, with Ewa Beach and Royal Kunia not far behind. As always, it’s worth shopping around and gathering quotes to find the best rate possible.

Also Read: Why is It That Some Homes Simply Cannot Be Insured?

Why is Home Insurance in Hawaii So Cheap?

So why is Hawaii’s home insurance so low, especially considering the higher-than-average cost of housing? Here are a few reasons.

Low incidence of natural disasters. Despite being an island, Hawaii tends to be spared the worst of things like hurricanes and tropical storms. Sometimes heavy rainfall can cause damage, but it’s nothing compared to similar states like, say, Florida.

The weather. Yes, the weather in Hawaii is one of the top reasons for wanting to live there — but it’s also one of the top reasons why home insurance rates are so low. In many states, cold winters are the cause of a lot of insurance claims: freezing pipes, damage from heavy snowfall, and other weather-related incidents. Those simply don’t occur in Hawaii. Temperatures tend to be consistent and balmy, with relatively little to worry about.

That even applies to flooding, as it turns out. The island has sloping topography, which leads to fewer flood-prone areas. The homes in Hawaii also tend to be well-designed to account for things like wind and rain. Some homes, for example, are up on low stilts to let water pass through. Hawaii also has strict regulations in place about building heights, which means a lot of floor plans spread out instead of up.

There is one exception to think about, however. Earthquakes are not covered by base insurance, and will have to be added onto your policy if you want to be covered in case of one. The same goes for flood insurance, which also requires a separate policy — floods are less common than you’d think, but they do happen, and you’ll want to be covered in case it does. But even with these additions, Hawaii still has one of the lowest home insurance rates in the country.

Finally, there’s another factor to consider: lava. While it’s pretty unlikely your house will be damaged or even threatened by a lava flow, it’s not out of the realm of possibility (depending on where you live). As with earthquake and flood insurance, lava insurance may be advisable. The one (relatively!) positive thing about a possible lava flow in your area is that lava tends to be very slow-moving — so you aren’t likely to be in a panicky evacuation scenario should something happen. In fact, the Hawaii state government website advises moving your belongings out of the house should a lava flow threaten it. That’s not a luxury most natural disasters afford!

Getting the Best Deal on Hawaii Home Insurance

There are certain factors that are universal when determining your home insurance rates: the age of your home, the materials used to build it, the claims history of the house, and so on. These are factors to consider when both shopping for a home and an insurance policy to cover it. When choosing a policy, you should be taking stock of replacement costs, add-on coverage, and how much liability coverage you’ll need.

You should also take a look at any coverage gaps and work with your insurer to find a way to address those. While you’re at it, don’t be afraid to ask your insurer for discounts — there are all kinds of home insurance discounts available out there, from military veteran and first responder discounts to teacher and healthcare worker discounts. Ask your insurer what you might qualify for!

Are Krups Coffee Makers Worth it?- 5 Top Picks [Reviews]

Maximizing Home Protection with Access Control: What You Need to Know

How Technology is Helping to Make Your Home Disable Friendly

6 Types Of Smart Home Solutions For Every Modern Residence

Main 4 Signs You Should Call a Plumber to Your House

Adapting Your House to the Universal Design – Things to Know

An exclusive blog all about the Home Decor and Home Improvement to all enthusiastic reader.

How To Do Home Theatre Wiring Easily Without Any Knowledge